Curro Create, the national creative component of Curro Holdings, the JSE-listed independent education provider, will present its spectacular new production, From Broadway to Bird Street/Van Broadway na Birdstraat at the Toyota US Woordfees in Stellenbosch in March, showcasing musical numbers from top shows from around the globe.

“Ah, the musicals! Where else could you be having a political debate that suddenly turns into a rap battle?  Where else do you sing a gorgeous ballad before blowing out your last breath?  Where else is a gunshot replaced with a drum beat, can a singing plant from outer space steal your heart or can you encapsulate the civil rights movement (and a good dose of gender politics) in good old-fashioned rock ‘n roll?” asks director Hennie van Greunen. “The answers (in order of the questions): Hamilton, Les Misérables, Chicago, Little Shop of Horrors and Hairspray.” 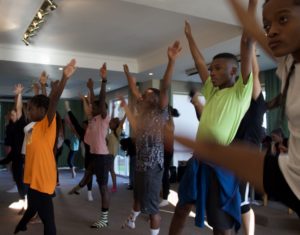 These are just some of the shows that From Broadway to Bird Street/Van Broadway na Birdstraat will pay homage to.

“What makes this different for any other Broadway-inspired show you’ve ever seen, is that the songs are all placed in context – where does it fit into the story – and the performers will be in full costume and make-up, with astounding choreography, and brilliant sound and lights, in order to truly give you a slice of what you may see in one of the sumptuous Broadway theatres,” says van Greunen. “The 22 Curro performers have been chosen from 360 auditions at Curro schools nationwide. Their talent will astound you. In order to mentor these young theatre stars, we have asked five of our favourite singers to join the cast.”

Curro Create was launched in 2018 in partnership with Wordsmith’s Theatre Factory and aims to give all Curro learners the opportunity to showcase their creativity across a broad scope of disciplines. Compiled and directed by experienced theatre-makers Van Greunen and Pedro Kruger, with Melissa van der Spuy as musical director, the show promises to be a treat for those who enjoy the magic of theatre musicals.

There will be three performances of From Broadway to Bird Street/Van Broadway na Birdstraat on Saturday, 7 March at 16:00 and 20:00, and on Sunday, 8 March at 11:00. Tickets are available from Computicket.