Every morning, on your way to work, you treat yourself to a cappuccino from your local coffee shop or maybe even a large latte from a well‐known coffee franchise.

If you’re doing this, chances are you’re spending anywhere between R500 to R800 per month for this daily indulgence. Or between R6 000 to R9 600 per annum.

In sharp contrast to this, for just R249 per month rental, one Krugersdorp based coffee roaster is offering a high‐end coffee machine, with thermal flask attachment for people “on the go”. That’s not even R3 000 per annum, an annual saving of between R3 000 and R6 600 ‐ and provides you with multiple cups per day of your favourite brew.

In fact, renting rather than buying things such as appliances is becoming more and more attractive.

According to Jonathan Hurvitz, CEO of Teljoy ‐ an online retailer specialising in a rent‐to‐own model:  “With the rising costs of entertainment and eating out, we’re finding more and more South Africans are looking for ‘home based’ alternatives and an evening in with family and friends is becoming increasingly popular.

Plus, adds Hurvitz, “At a time of COVID‐19, there is an even more compelling case for people to invest in their homes. We are now on a lockdown. Now more than ever, it matters what you have at home.”

However, not every household can afford to buy outright the appliances and electronics that can make staying at home an attractive option. In fact, with many households saying that they are stretched to the limit, there is often the perception that not a single cent more could be spent on anything.

“This is until they work out exactly how much they spend ‘outside’ the home,” says Hurvitz, “and then compare this to what it would cost to rent items instead for use inside the home. Particularly on items that would perform the same function, or give them the same – or even better – value‐for money experiences.”

For example, a standard gym membership can cost in the region of anywhere from R300 to R1 000 per month. And yet, the majority of people with a gym membership don’t actually use it like they intended, although paying for it because of different reasons including busy schedules that don’t allow time for gym. Shouldn’t this money be repurposed toward a television set that’d allow you to watch home exercise videos? 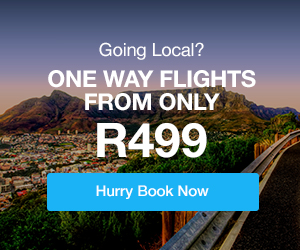 Eating out has also become a costly expense in which many people engage, not so much for the meal itself, but for the company of friends.

“If that’s the case,” says Hurvitz, “the exact same could be achieved gathering friends at home.”

And you could this too, enabled through rental; against the rather conservative outlay of between R450 and R600 per month for the average person to have three very average “eat out” meals in a restaurant, with a company like Teljoy you could rent an upmarket, state‐of‐the art gas stove for just over R700 per month which could help curb the high electricity costs, and avoid rolling blackouts. And many family meals could be shared, adding much more value to your home and living space.

In fact, having once upon a time rented out only televisions and cell phones, Teljoy’s rent‐to‐own offering is now so extensive that it can offer consumers everything from a full range of appliances and furniture to electronics, many of which could take the place of expensive movie tickets or costly out of‐the‐home entertainment options.

By way of another example, for the cost of just two movie tickets, with popcorn and a cool drink, at an average of around R175 per person (in other words, R350 for two people to attend just one screening), you could rent a Hisense TV and sound system for R299 per month. Or a Sony PlayStation 4 for R399 per month. Or even a pool table for R329 per month.

In a time of both rising costs for the foreseeable future, and the social distancing recommended to combat COVID‐19, now really is the time to take a careful look at how you spend your monthly budget on making home life as enjoyable as possible.

And if this can be done through rental options, the sooner changes are made the better. Imagine what else you could do with that extra R3 000 to R6 600 you once spent just on coffee.

Note: prices are correct at time of publishing and may change.