The shocking similarities between the current state capture, Bosasa saga and Nkasawe’s book leave one questioning if Monde Nkasawe, author of We Need A Country was prophesying in his book.

According to Nkasawe in his book, an underground illegal highway is being built to loot the state’s resources, stretching from Bloemfontein to Queenstown and the brains behind this illegal highway is The Dark Cabinet, a group of individuals, consisting of ten cabinet ministers carefully chosen and bribed to loot the country’s resources for a certain Mr Cook and his right hand man, Mr Pradesh – Chinese mafias. 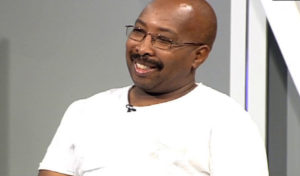 The Dark Cabinet is bent on looting every resource that the country has and as result leaving the country bankrupt, fuel prices shooting up, an exponential growth in death of mine workers, electricity use that’s unaccounted for and service delivery strikes shooting up in every township.

One of the characters in the book, Victor Skali resembles the Former Chief Operations Officer of Bosasa, Angelo Aggrizi. He plays a central role in the construction of the underground highway and knows every detail of this construction.

After he is arrested by the brave Director Nombeko Ncovana, he spills the beans on everyone who was involved in the underground highway construction project; the bribes that were paid to the cabinet ministers and people who lost their lives in the process.

The results? An arrest of all ten cabinet ministers, the resignation of the president, the president’s son in hiding, the killing of Victor Skali after spilling the beans on everyone, the killing of Mr Pradesh by Mr Cook himself and Mr Cook fleeing the country and returning to China – just like the Guptas fled to Dubai.

Again, this is just too close to the reality we are currently facing as a country. One then cannot help but ask, does Nkasawe know something we don’t? Being a state official himself, a director to the Eastern Cape Office of the Premier, it makes one believe that he might have access to so much more than we may not know.

The country is sitting and watching this saga unfold and we are asking ourselves what will be the result of the Bosasa and state capture saga? If indeed Nkasawe was prophesying in his book, should we then be looking at his book for what is still to unfold?