South Africans are very loyal to the homegrown brands they grew up with, and among the most renowned is Teljoy, a brand that celebrates its 50th anniversary this year. Rami Sassen, CEO of the company, tells the story about its evolution across the decades.

Over the years, many overseas brands have made their way into the South Africa marketplace, particularly over the past two and a half decades since South Africa became a democracy.

But, as South Africans, we still tend to be most loyal to the local brand names we know and love – the ones we grew up with, that our parents trusted, our friends use and that we, as adults now ourselves, rely on in turn. Ouma Rusks. Rooibos. Mrs Ball’s Chutney. Nandos. To name just a few. And, of course, Teljoy.

In fact, South Africans have Teljoy to thank for installing the very first televisions in the country, which happened when, as a nation, we finally switched on to the wonders of the ‘box’ in 1974. 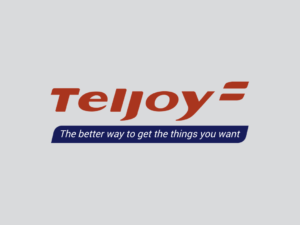 By then, Teljoy had been in operation for five years already, since 1969 – the same year that the Boeing 747 made its maiden flight, The Brady Bunch was the first broadcast on the ABC network in the USA, and the first man walked on the moon – an event broadcast live around the world, including on television in other countries!

Realising that although South Africans couldn’t yet watch any of these events on television themselves, Theo Rutstein, the founder of Teljoy, knew that it was just a matter of time before the system arrived on our shores. So, he decided to put his money behind this vision.

As a result, with the seeds for an exciting business idea planted firmly in his head, Theo actually launched the company in 1969 with a forward-thinking campaign that gave people the opportunity to book a television then already for rent, in anticipation of the big switch. 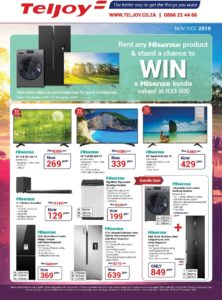 From there, the ongoing evolution of the brand was set in motion, beginning with the establishment of bricks-and-mortar shops in key locations across the country, providing consumers with the rent-to-own model that has now become the company’s trusted business model.

From ever-increasing ranges of household appliances, to begin with, Teljoy gradually moved to supply furniture. Today, the company can supply customers with anything from the bedroom and dining suites, to couches, coffee tables and even lamps and patio furniture. There’s even a selection of strollers for babies.

Later, as technology and times evolved, a full range of electronics was added to the inventory, from computers and printers to cellphones, cameras, gaming consoles and beyond.

But it’s not only the product ranges themselves that have evolved over time. To keep the ‘joy’ in Teljoy alive and exciting for consumers means being at the cutting edge of retail and understanding how clients themselves want to conduct business in a rapidly and ever-changing world.

Therefore, the way in which the company conducts its business has also kept apace: five years ago, Teljoy first established an online presence and by 2016 the business had gone completely online, centralising all operations to up the game in service delivery and to bring even more value to customers.

The company name is still out there, top of the SA brands, to such an extent that many customers don’t even realise that the bricks-and-mortar shops no longer exist. The transition to online has been a seamless experience for customers. In a world where traditional retailers are struggling to survive, Teljoy ensured its success through an early transition to online.

But perhaps the most interesting thing about how the brand has evolved is in handling the economy itself. Ahead of the pack already 50 years ago with its rent-to-own model, Teljoy’s business model is as relevant today as it was when the company was first established: there’s no doubt that times are tough, but people still need things.

What better way to access what you need than by being able to upgrade or downgrade your account at any time, or even cancel it outright, thus avoiding the debt trap that so many South Africans fall into today or – even worse – being locked into hire purchase contracts that seem to last a lifetime.

Great brands endure when they are able to evolve with the times. The Teljoy story has proven to be one of them.