The 3rd edition of the Johannesburg International Comedy Festival which will be taking place from the 14th to the 16th of March at the Joburg Theatre, will open with a specially curated variety comedy show titled This Is SatAfrika. It will be the only show featured on the opening night of the Festival, Thursday the 14th of March and will consist of sketches, music and stand-up coming together to create a laugh out loud comedy extravaganza.

Filled with social commentary, satire and a comedic take on where we are as a country today, This Is SatAfrika will be a snapshot of the crazy times that we are living in, complete with the events, people and happenings that make Mzansi the hilarious country that it is. The show will cover everything from sin taxes to slay queens, 20 year challenges to Idibala challenges, Bosasa cheques to elections and everything in between! 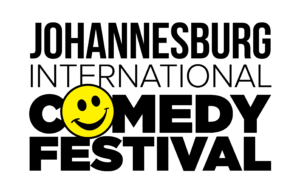 The most exciting factor about the show is that it will feature some of the biggest names in comedy collaborating with some of the country’s most prominent celebrities.

After the opening night, what’s to follow over the next few days at the Festival can only be described as a mouth-watering feast of comedy featuring some of the best local, continental and international comedians performing today.

With all the shows taking place at the iconic Joburg Theatre precinct, the Festival programme will be as follows;

Showcasing over 40 comedians across all the above mentioned shows, patrons can expect the following comedians to be featured;

Fresh from his critically acclaimed Netflix debut, a show stopping appearance on Live At The Apollo (UK) and a tour of Europe, Loyiso Gola (South Africa) brings his award winning solo show – Unlearning to the Festival. Gola will be taking this very show to the Edinburgh Comedy Festival later this year so best you catch it while you can.

The League of Nations line up will feature hilarious comedians from all over the world showing that comedy really has no borders. The show will be hosted by Conrad Koch & Chester Missing (South Africa) and as announced previously, will be joined in the show by Dane Baptiste (UK), Ali Al Sayed (UAE), Tsitsi Chiumya (South Africa). Now added to complete the line-up is one of UK’s fastest rising stars – ‘the honourable’ Tom Houghton, now a resident of the famous Tower of London!

The Festival will be hosting its first ever Afrikaans comedy show in Schalk Bezuidenhout’s Snorseun. Bezuidenhout has toured this show all over the country to rave reviews and for those wishing to see this prodigious talent performing comedy in his mother tongue, this the show for you!

Stand Up Africa is a laugh out loud comedy show featuring some of the best comedians from our continent. As already unannounced, the undisputed Queen of Comedy – Tumi Morake (South Africa) will be hosting the show supported by the hilarious Daliso Chaponda (Malawi) and rising star Prins (South Africa). Added to this exciting line up are East Africa’s heavyweight champion of comedy Salvado (Uganda) and the award winning Michael Kudakwashe known as Michael K (Zimbabwe).

The Thunderbirds is an all powerful, all conquering and all female trio of comedians consisting of the irreverent Nina Hastie, exciting new talent Gilli Apter and arguably the best improv comedian in the country – Claudine Ullman. The Thunderbirds have been touring the country with their off the wall, unhinged, unapologetic and in your face brand of girl power comedy bring their unique show to the Festival for the first time. Fasten your seatbelts boys and girls, this show is one helluva of a ride!

Fire In The Hole is a no holds barred comedy show that’s too raw for television and carries an age restriction of no under 21. As announced, the hosting duties will be left to the dark and twisted comedy genius of John Vlismas (South Africa) supported by the very exciting young star KG Mokgadi (South Africa). Now added to this show are the irrepressible comedy force that is Katie Burch (Australia), arguably the best comedian performing in mainland Europe – Thomas Wiesel (Switzerland) and doing his most hardcore material will be Dane Baptiste (UK).

With all of this on the menu, a world-class feast of comedy is about to be served! The Johannesburg International Comedy Festival takes place at the Joburg Theatre, from Thursday, 14 March to Saturday, 16 March 2019. For more information on the various show times, lineups and comedians, visit www.jicf.co.za. Tickets range from R150 to R250 and are now available at www.joburgtheatre.com or by calling 0861 670 670.

The Johannesburg International Comedy Festival is proudly brought to you by 947, Joburg Theatre and IOL.