South African MC, Toya Delazy, drops single, Qhawe. Meaning ‘be strong warrior’ in Zulu, the bass-filled floor-filler carries a powerful message to stand your ground in the face of adversity.

Following the success of Funani, voted Best Music Video of 2019 by 4:3 Boiler Room, a new platform for underground film, exploring themes of performance, identity, youth culture and anti-establishment, Qhawe is the latest track in a new genre Delazy is pioneering dubbed ‘Afro-Rave’. 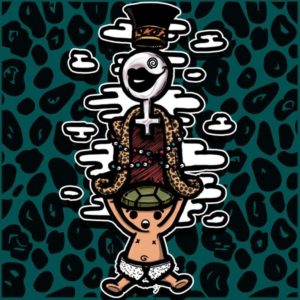 Delazy says: “I wrote Qhawe last year after devastatingly losing my Grandma. Struggling with the loss of someone so special, I found myself in a dark place and at war with my own mind.

Eventually, I realised that no cavalry is coming to save me – I needed to empower myself. Through meditation, researching spiritual healers and reconnecting with my rich heritage, I found my inner warrior – my ‘Qhawe’.

“This track is a rallying call to my fellow humans to be your own warrior, brace yourself and hold your ground, because that’s what changed my course.

By rapping in my native tongue – Zulu – I’m practicing what I preach by being myself and not conforming to current musical norms.”

A household name in her native South Africa, Delazy’s known not just for her visionary artistry, but also using her platform to represent causes she cares about.

Qhawe is available for download and streaming on all digital platforms (Apple Music | Spotify | Deezer | Google Play) from Friday, 27 March 2020.