One of Cape Town’s most popular events returns to the city’s streets in December. ‘The Twilight Run’ normally marks the start of the December party season, but this year’s event has a much more serious goal in mind.

“The 2019 edition of the Twilight Run will again attract thousands of Capetonians and visitors to the 5km route that winds its way around our streets. We are inviting everyone to join us this year as we take a stand against gender-based violence,” says Lorenzo Davids, CEO of Community Chest.

“As an organisation that works with our beneficiary partners directly involved in the care, protection and empowerment of women and children, we regard it as a moral obligation to continue the fight against gender-based violence. 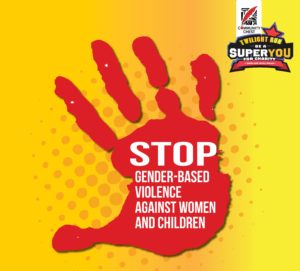 “On the 3rd of December, we aim to create one of the largest public events to honour the thousands of women and children that have been affected by femicide, abuse, neglect, rape and brutality.”

“Twilight has always been one of the most inclusive events of the year, attracting corporates, small businesses, organisations, schools, families and individuals in a festive atmosphere that guaranteed participants a good time, in aid of a good cause.

“This year will be no different as Community Chest invites you to join the 2019 event and become a superhero as an act of solidarity against gender-based violence. Two organizations will benefit from the money raised through this year’s event, and they will be present at the event to receive their cheques from us,” says Davids.

The 2019 edition of the Twilight Run will enjoy the support of powerful gender equality activists such as the well-known media personality Tracey Lange, Obama Fellow and founder and executive director of Women Lead Movement Melene Rossouw, as well as the comedian Yaaseen Barnes.

Musical entertainment on the day will be provided by Jarrad Ricketts and Paxton, as well as up-and-coming singer, Ameer Hendricks.

The event sets off at 7pm, and all finishers of this year’s event will be awarded Twilight Medals. Entries cost R100 each and can be obtained from www.comchest.org.za or from Sportsman’s Warehouse outlets. For the first time in history, all finishers will become the proud owners of Twilight Medals.